Remember Pandora of Greek mythology, maybe from a high school literature or history class? The one who opened the box (or jar) that contained the world’s evils? That’s right: a woman was responsible for all of humanity’s woes—pretty misogynous, isn’t it? However, the idea of a box that suddenly opens and releases evils that wreck havoc on the planet intrigues me. 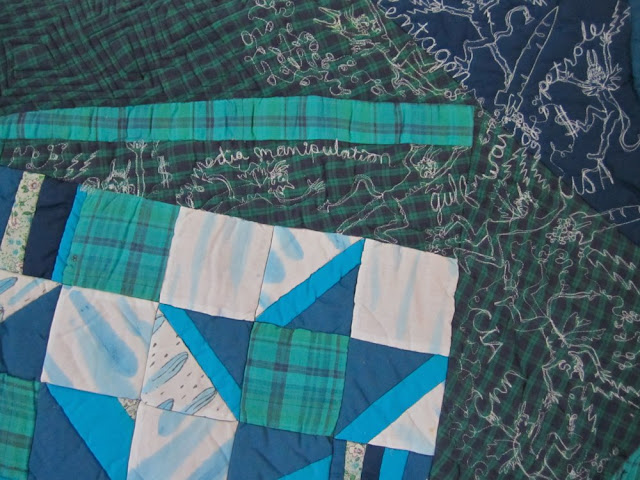 Possibly, living abroad makes Pandora’s box a naggingly persistent idea.
“Living in between” means looking at one’s country of origin from a different perspective, from the outside, in my case, from Tunis. The Tunisian government has made few efforts to decentralize; the major activities of government—political, military, diplomatic, etc.—and commerce take place in the Tunis region. Because of such a concentrated center of national and international activity and because Tunisia is such a small country making it difficult to hide much, Tunis is a microcosm of the international diplomatic walse. Having observed over a lengthy period of time, I remain fascinated, curious, and puzzled—no, baffled—by events as they unfold in the Mediterranean region and the Arab world.
Take the Gulf Wars, for example. The first Gulf War (1991) pushed me to do several pieces, including one titled Pandora’s Box, no. 91 (34.5”x29.5”, machine embroidered, pieced & quilted, some hand painted fabrics). 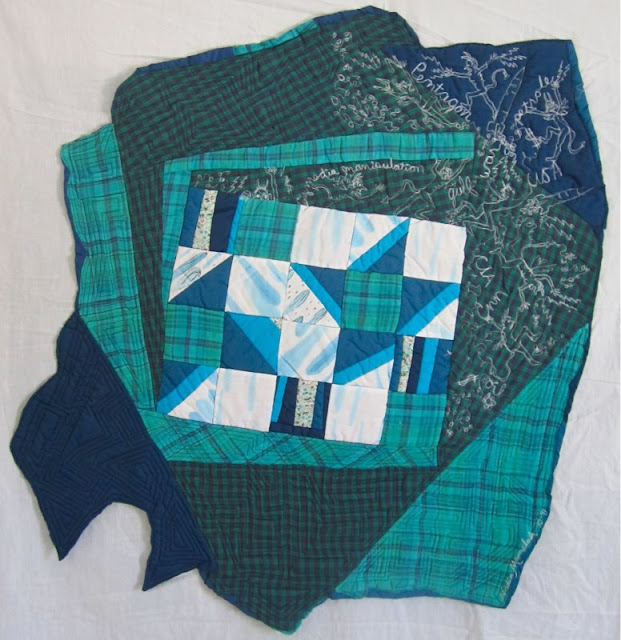 The jagged shape of this piece represents the rip in the fabric of civilization when the contents of the box spew forth. Today, this piece appears lopsided to me; I would add “Saddam” and “dictator,” etc., to the mix of words. The question remains of how to deal with the arbitrary violence of armed conflict. Creative expression can give voice to concern, n'est-ce pas? 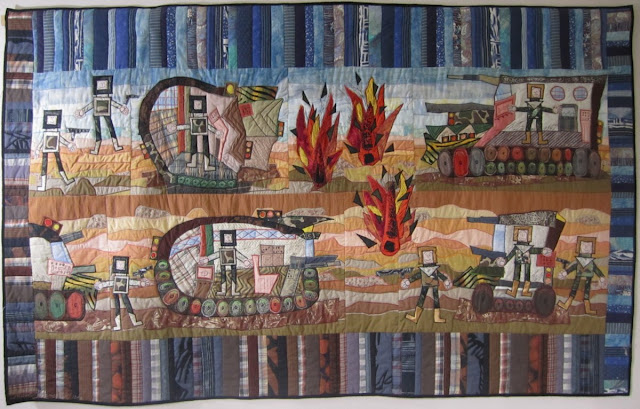 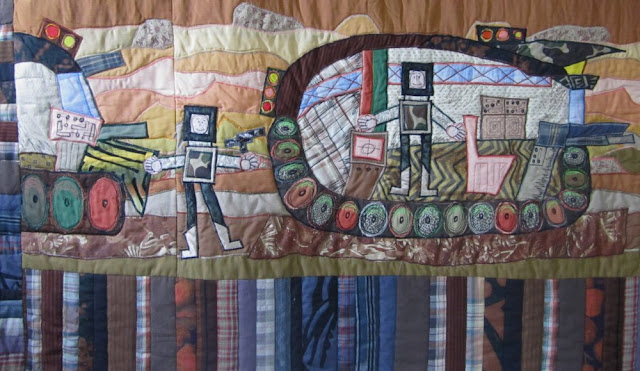 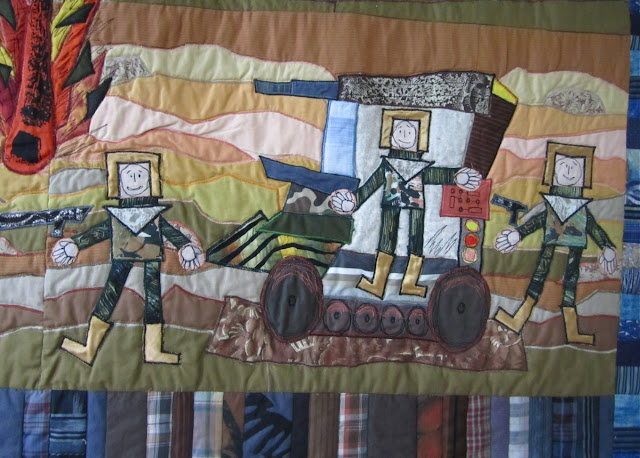 However, those khaki/military colors provided a challenge to expand my palate. 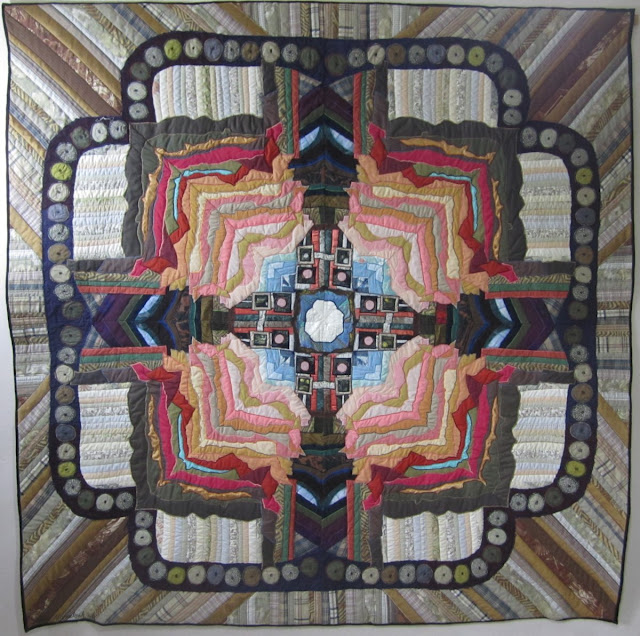 Taking a slice of War Games I, I created a circular design that blurred the images into a pattern in War Games II (Nov. 1995, 79”x79”, machine pieced, appliqued, embroidered).
And so, I erased war…
Labels: Art quilts, Tunisia

Thanks, Carole. I've been ruminating on a Pandora's Box for the violence in Libya. It's so close and so hard to digest. It's on a back burner, waiting for Gaddafi to leave.

Love your art style,we're waiting for more pieces to admire...Can we buy some quilts?

Dear MP
What can I say but wow! What a fascinating life you lead. I just read your last few posts and I feel we have the makings of a novel here. Barbara Kingsolver watch out! Your handiwork is wonderful...each and every piece is truly a work of art. I can appreciate the name of your blog right now!

Bee keeping...I love it! I imagine it is not an easy life that you lead but one that took time to settle into. It sounds like it fits you now.

I look forward to following your story! Thanks for stopping by and leaving a comment today, much appreciated!

Such stunning work you have here.

what a talented woman you are!. These are great works. Reading your chronicles makes me remind how we spanish people used to be only thirty years ago. We are mediterranean too and there are small villages in Granada country that are exactly the same as some tunesian village because their people lived in Spain when half of this country was muslim for eight centuries.
We used to share similar cook only less spicy. Not anymore we are too busy now been european.

Your quilts are just beautiful!

I am awed at the innovative personal design of your quilts. I was just learning to quilt in '91 and I studied under some very rigid and traditional teachers. I learned to do finely executed work, but nothing as expressive as you. Did you study with someone, or just learn on your own to be so free?

So interesting to read about your life there, and I love seeing this work. Fabulous!