The inner critic has been speaking loudly lately with the usual "This is the worst thing you've ever done." Most of the time, this does not disturb me because I know how to get beyond it, but, today, I think she's right.

Then I realised that I was really describing my state of mind because I am battling corruption and filth on personal and professional levels. All the ugly, poisonous words poured out. I put the face back in-- maybe my face in the Acid Rain? Possibly. 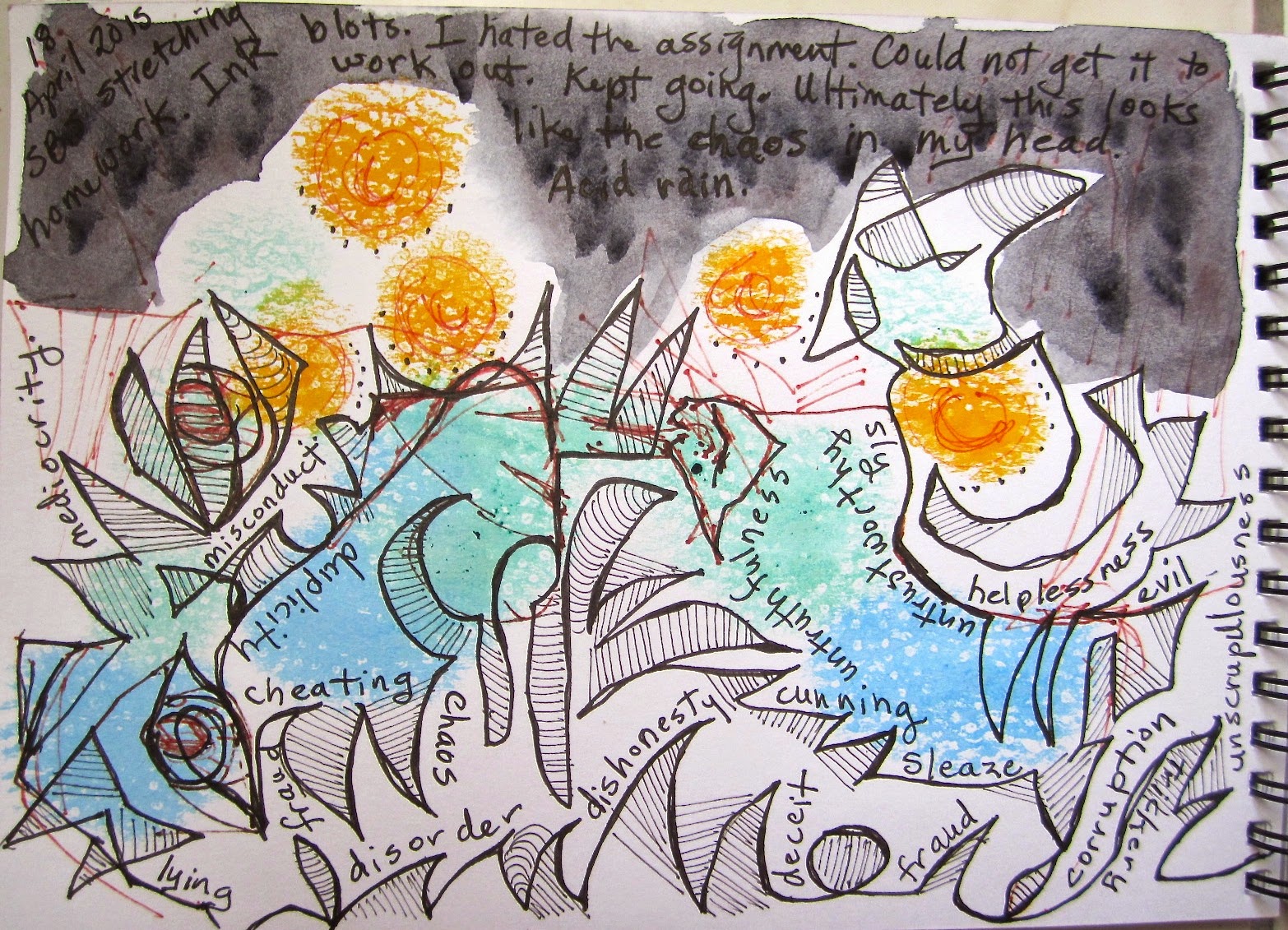 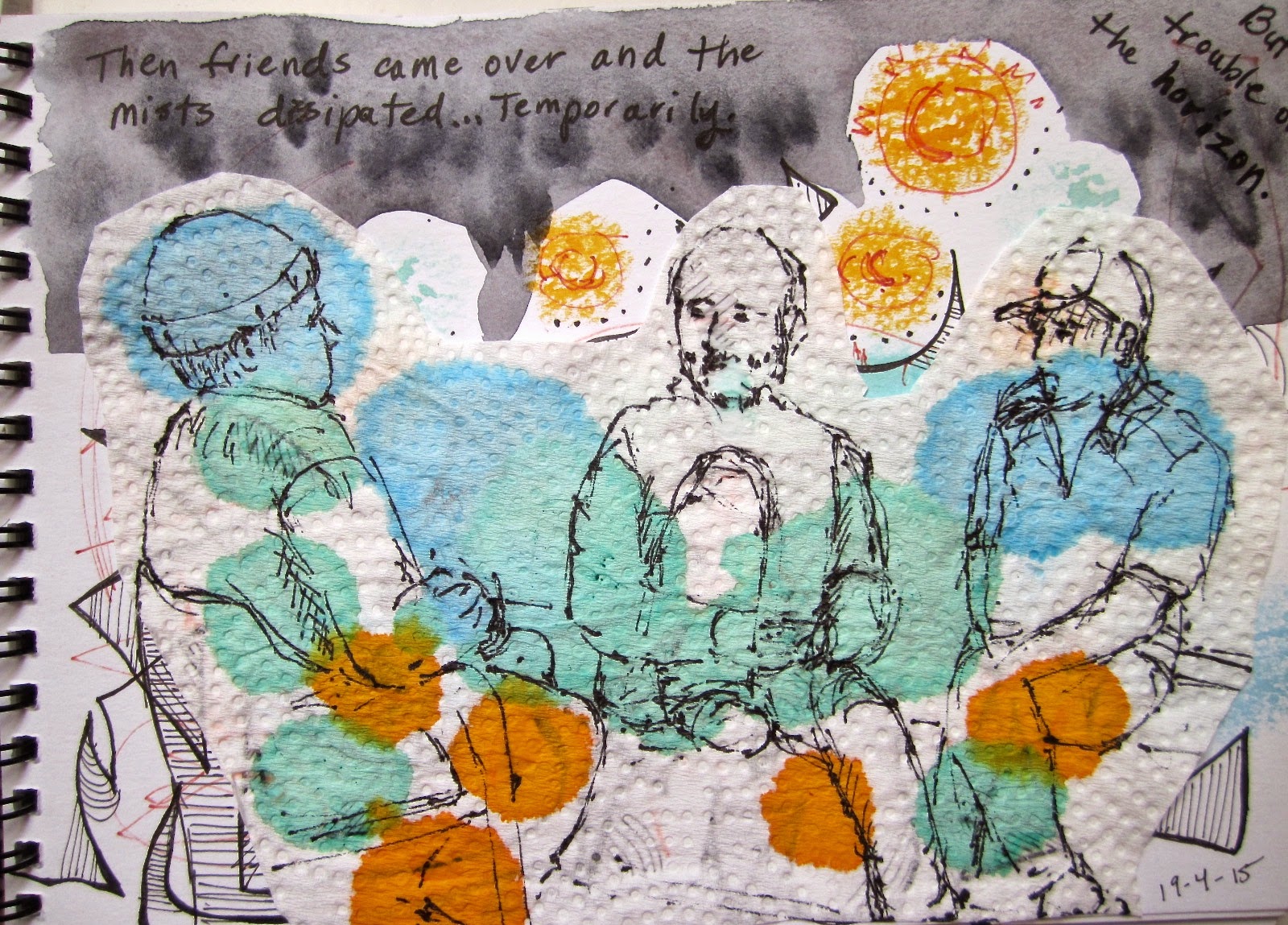 Then some friends came over and the mists dissipated for awhile. I went back to the paper towel with the original inkblots, sketched lightly onto it, and glued it on the right side.


Well, yes, think of the consequences...
And yet, my blessings are many. I will not give up.
Such is the lesson of bad art.
6 comments:
Labels: sketchbook, Tunisia
Newer Posts Older Posts Home
Subscribe to: Posts (Atom)