Homework for Sketchbook Skool this week was about telling a story, drawing from memory, and drawing upon Memories, particularly about the first day of school. In addition, imaginative elements could be added, such as dinosaurs, dragons, or dancing dogs (now there's an alliteration--comes from teaching literature to obstreperous students--and that would be a consonance. I better stop analyzing or I could go on like this all day...).

This type of project requires l-o-n-g reflection as kindergarten was over half a century ago, but I did manage to dig up a memory of THE first day of school. Little did I know at that time that I would be a student for life. 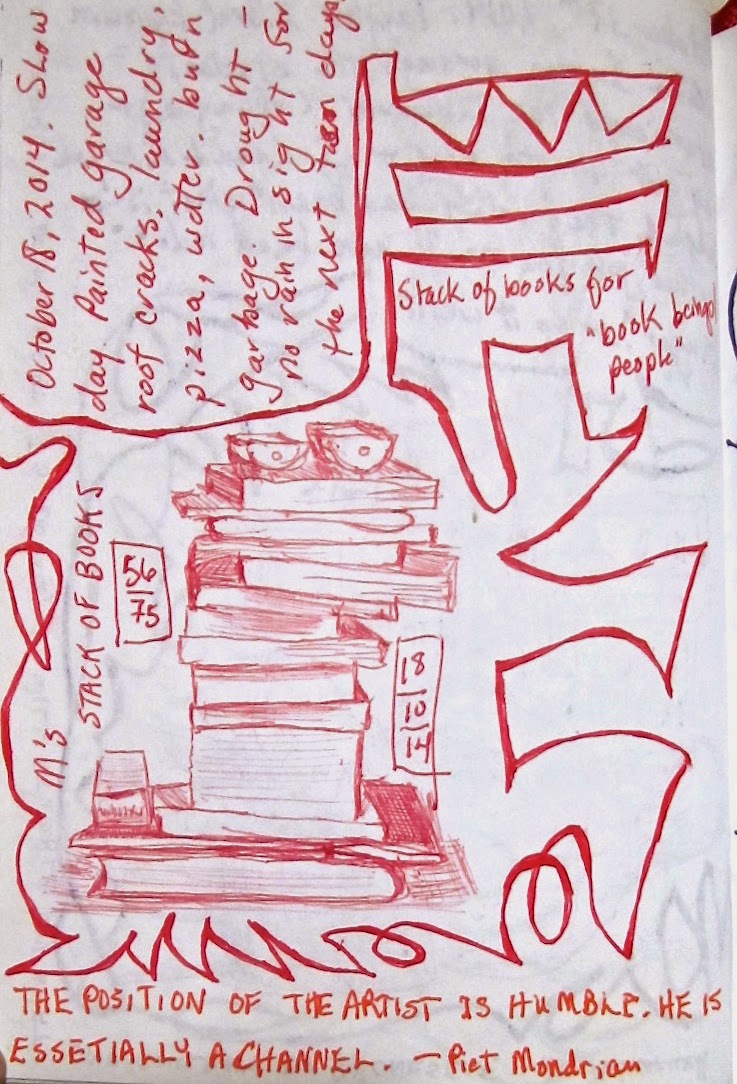 Anyway, in the meantime, I had been doing a small sketch in pen everyday for a 75-day challenge (the point being to develop a habit of drawing and improve line work). Each page contains a quote, a short diary entry, a drawing and a "take-a-line-for-a-walk" (paraphrased from Paul Klee). One day, I sketched a stack of books on a small table in the living room. Two remotes were perched on top. --Light bulb--

So the Book Stack Beings found their way into my drawing, which was about the only day I e-v-e-r cried in school. In my family, we had a new baby brother and we were therefore 3 kids five and under. I imagine my parents were overwhelmed. I got on the school bus as directed and went to kindergarten, however, nobody explained the procedures and that school was only a half day. At one point, all the kids disappeared and I found myself alone and abandoned. The teacher came running: "Why aren't you getting ready to go home, Dear?"

And yet, I remember that the stacks of books were magical...

Of course, I put the SBS teacher, Mattias Adolfsson (the boy with the cowboy outfit and glasses), in my class, along with an Edward Lear figure (the boy standing on his head) from the front page of the "Book of Nonsense" whose limericks I have been teaching.

My drawing took me all week because of the detail work. 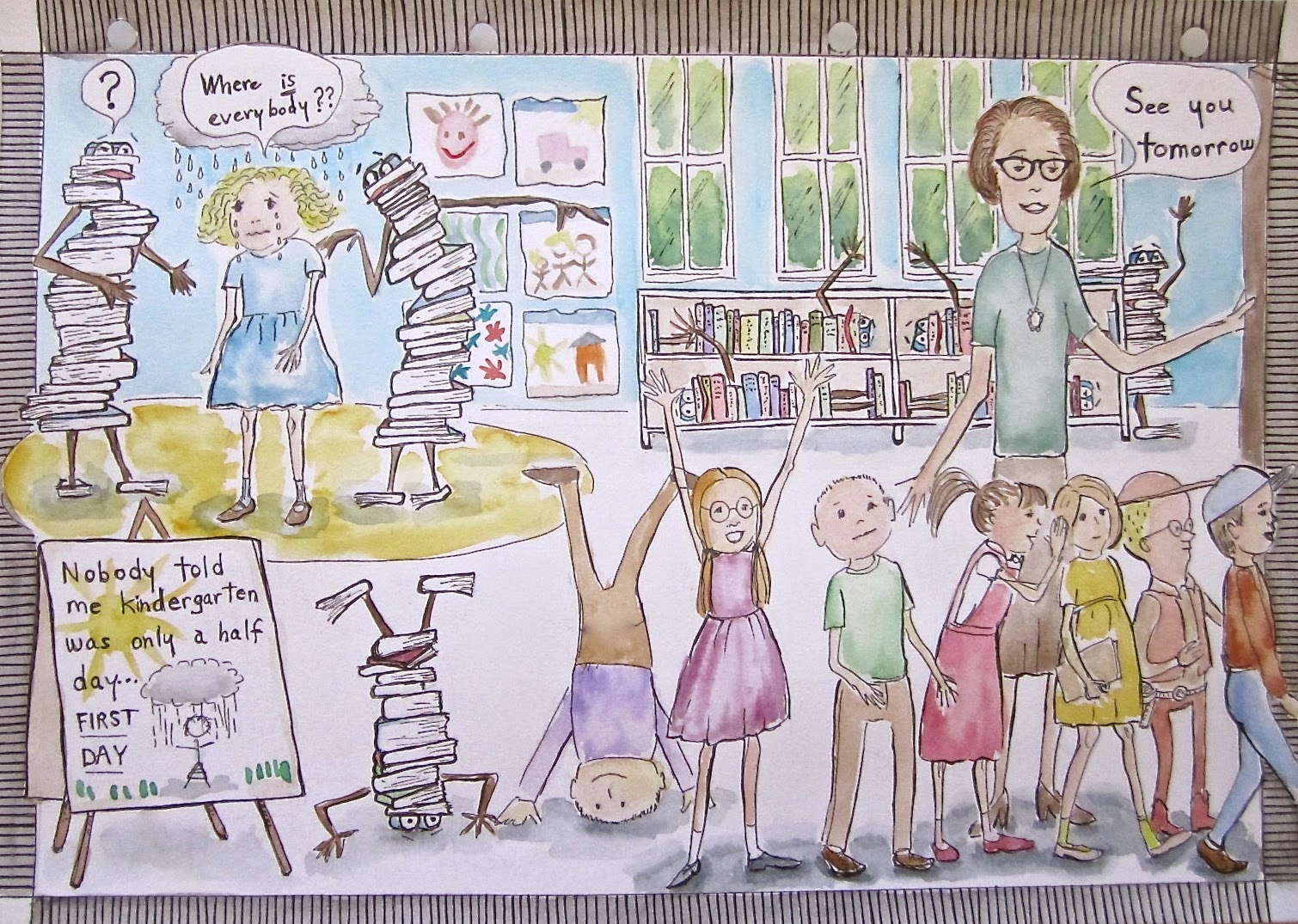 The combination of Memory and fantasy made the project fun, however, upon reflection I find this type of illustration not really to my liking (although Mattias's work is wonderful). It feels imposed, stiff, and puerile--for me.

It doesn't speak to me because of my daily reality in a country that teeters on the edge of chaos. The temporary government has little authority, increased administrative problems make my working environment kafka-esque causing a huge waste of time (I'd rather be blogging), garbage continues to pile up, and the whole country is tense because of elections that will take place on Sunday (Oct. 26th). The stakes are high and the religious party, which is well-funded (from the Gulf), is not known to be "fair-play." Religious extremists with Kalachnikov machine guns are doing their best to sabotage the elections, with an increase in terrorist incidences. Facebook appears to be cut off for the time being (which cannot be a good sign).

The drought currently plaguing Tunisia (it has rained maybe five times since June, that is, in 5 months) represents well the political and economic situation of this small country. I should be stitching or sketching a drought, a blighted landscape, not a kindergarten...
9 comments:
Labels: sketchbook, Tunisia
Newer Posts Older Posts Home
Subscribe to: Posts (Atom)