Bootcamp now seems a long time ago, however, I hope showing some of the wonders in the Bardo museum will bring back memories of warm days on this cold and rainy day (well, at least we're not blanketed in snow). The mosaic still lifes drew my attention. Stunning. 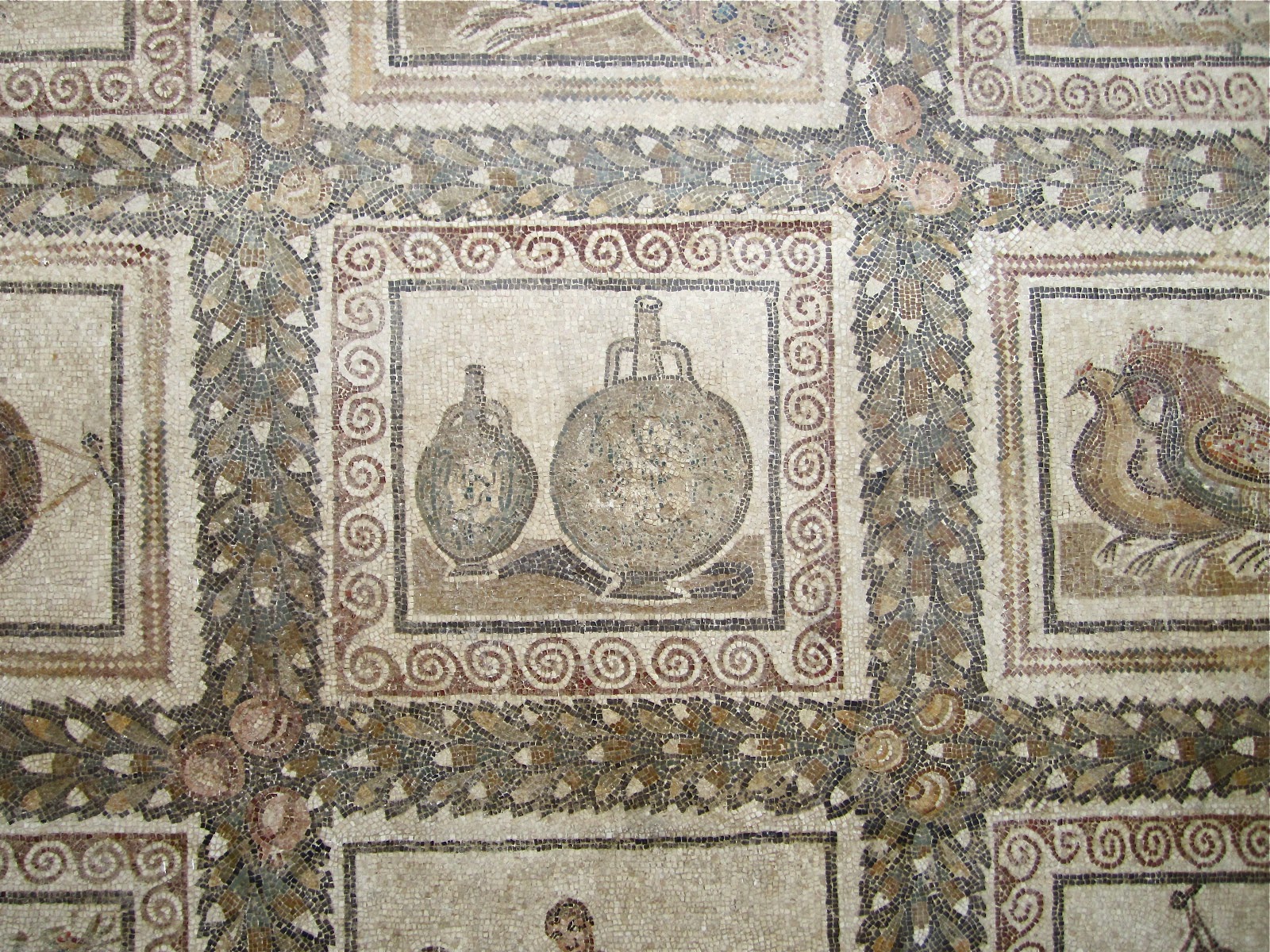 These bottles are complete with shading and shadows, and note the leaf and rose borders.

The hare eating grapes may not qualify as a still life, but I'm including him anyway...note the gradated borders. And my favourites: the grapes are perfection. 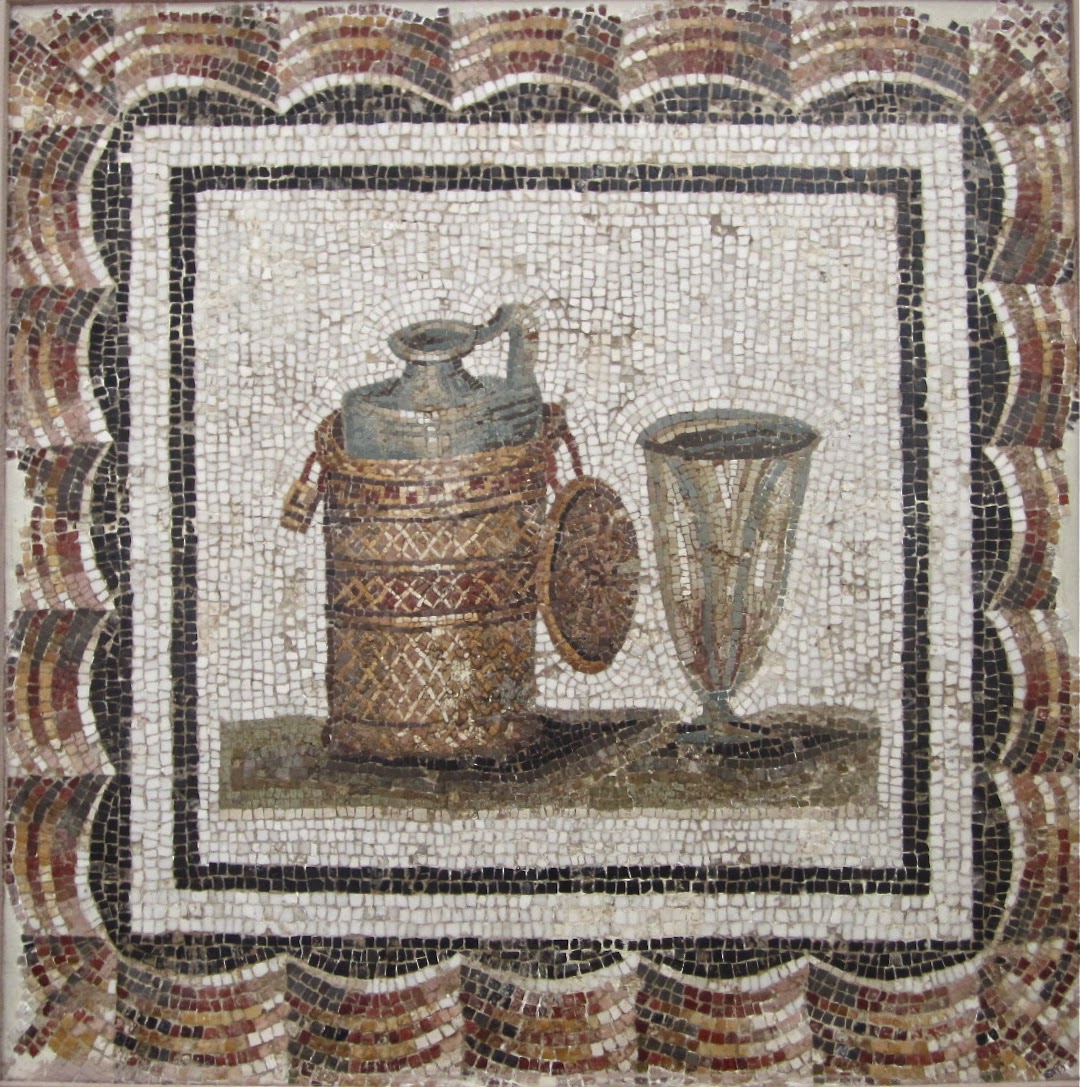 The artist even got in the reflections and highlights on the cup.

So with such inspiration, we sat down on the floor to sketch. 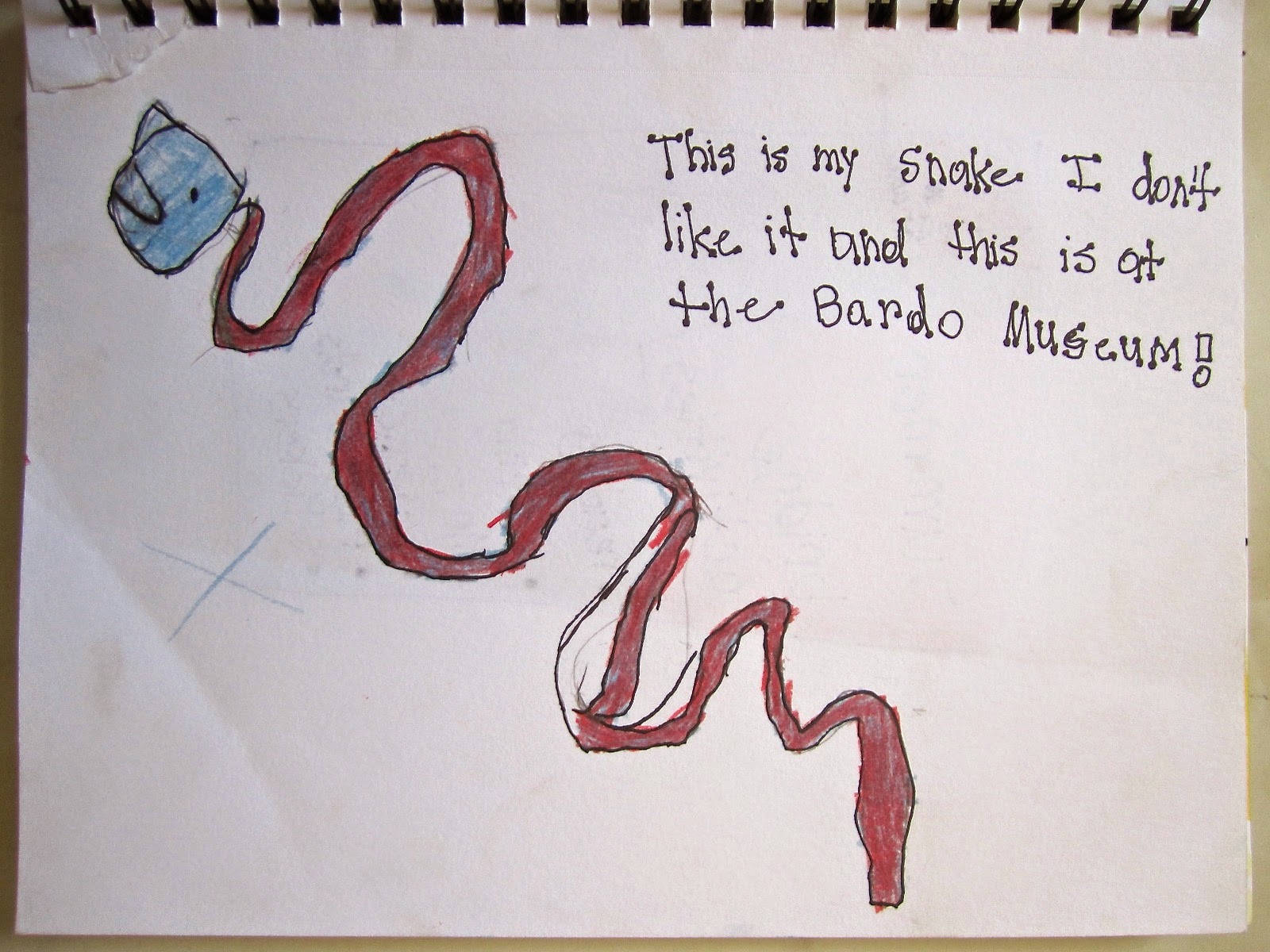 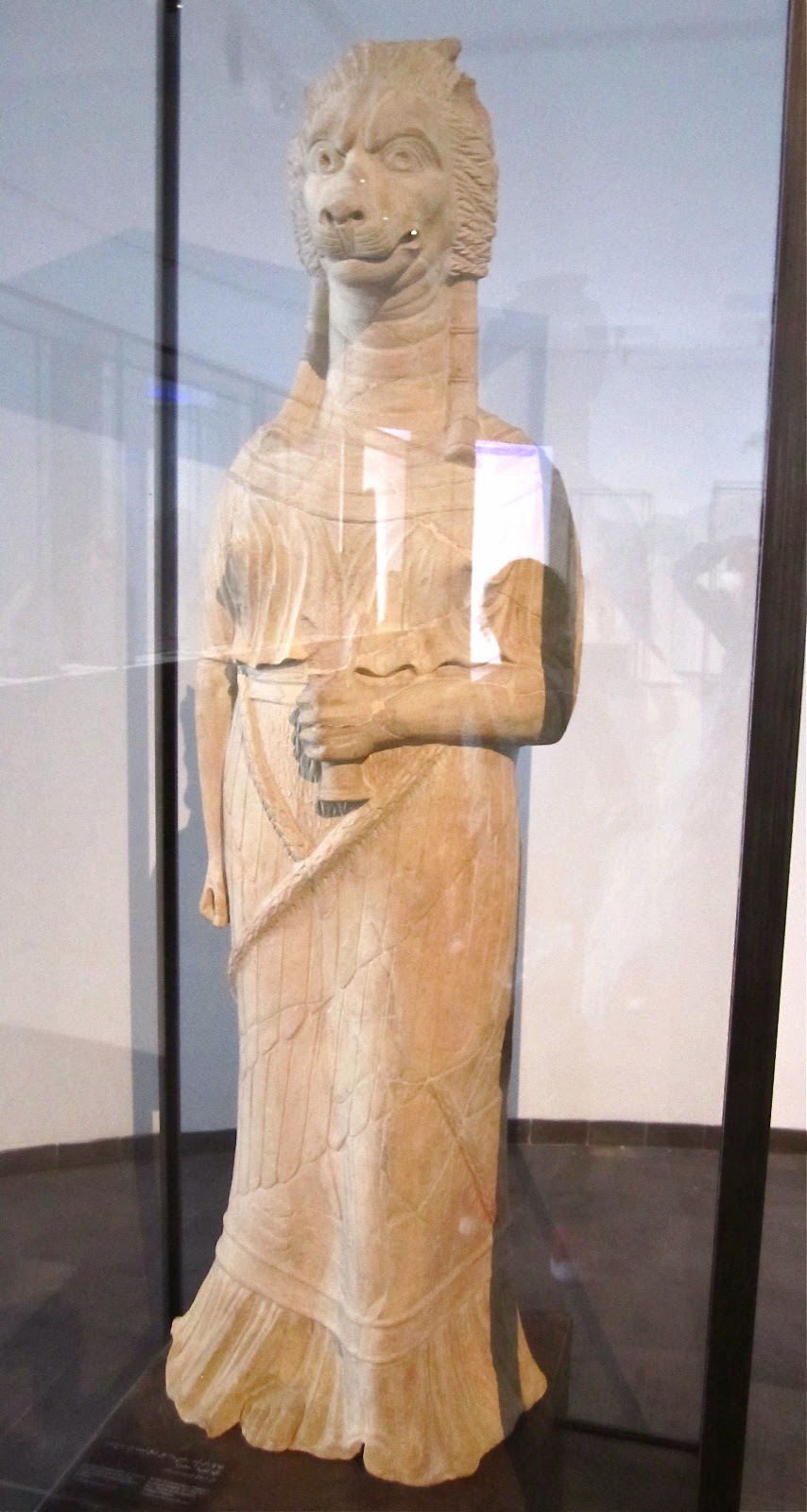 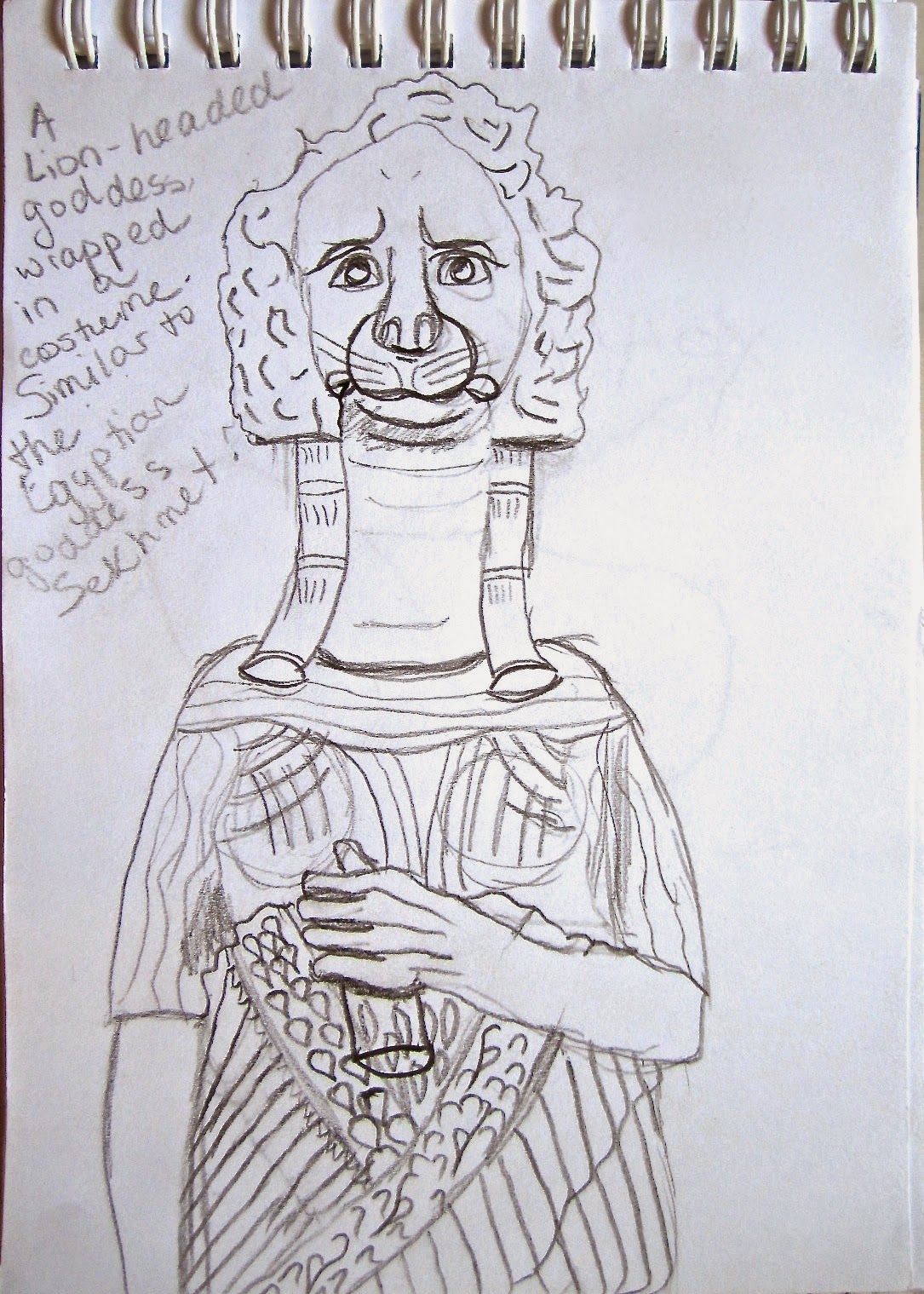 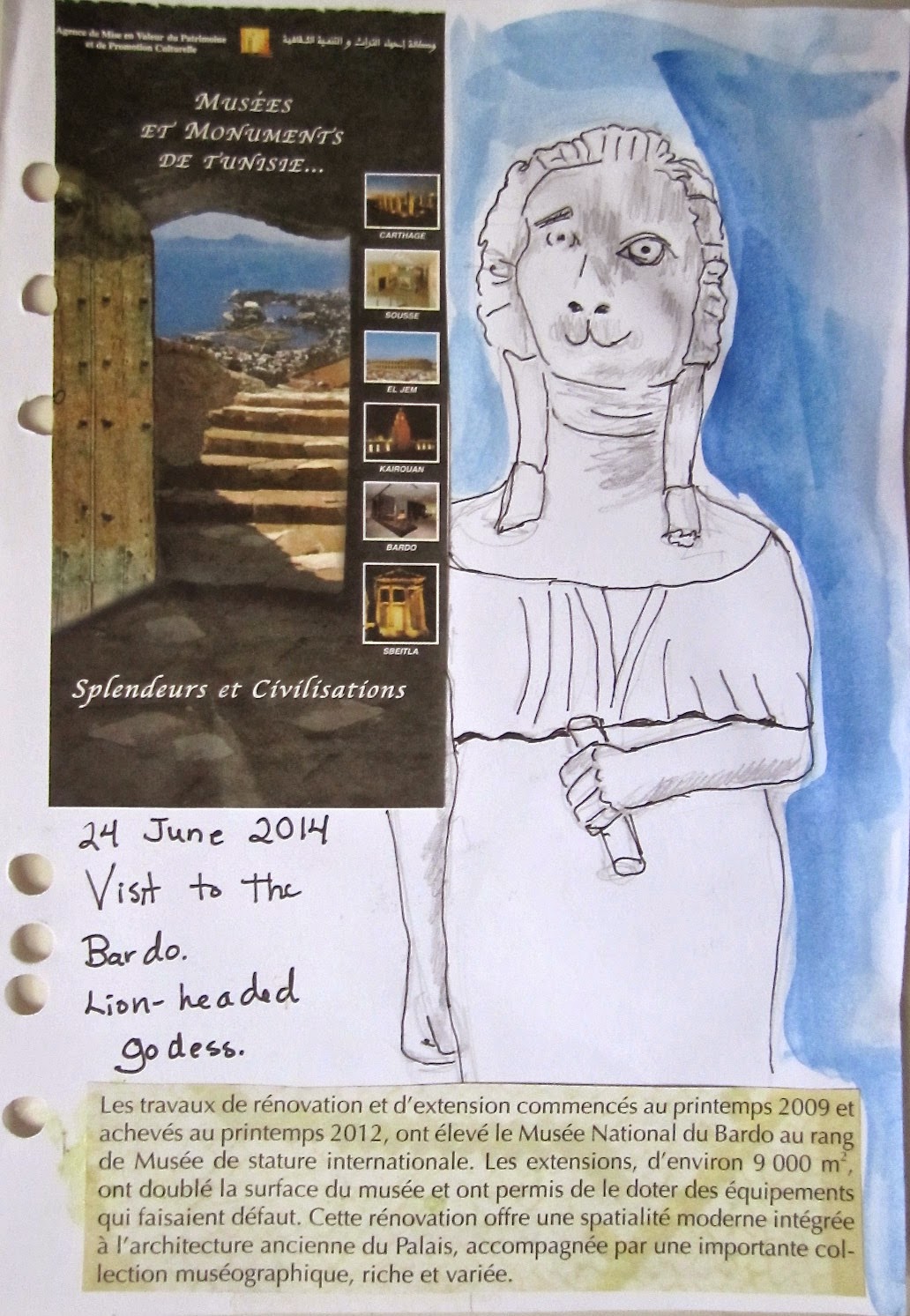 Grandma managed a quick sketch and later added the pretty ticket and a commentary.

Today is January 14, which is not just any day. It marks the 4th anniversary of the Tunisian Revolution and the departure of the dictator--who now parties in Saudi Arabia with the millions he stole from the Tunisian people.

The Sketchbook Skool Bootcamp homework assignment this week coincides well with January 14. The subject is about money as an object, a still life to draw--crumpled, wadded, folded, flattened. So I wadded a 20-dinar bill into as small a ball as I could and sketched it in ballpoint pen in my daily journal. 15 minutes. 40 minutes to add color with pencils. 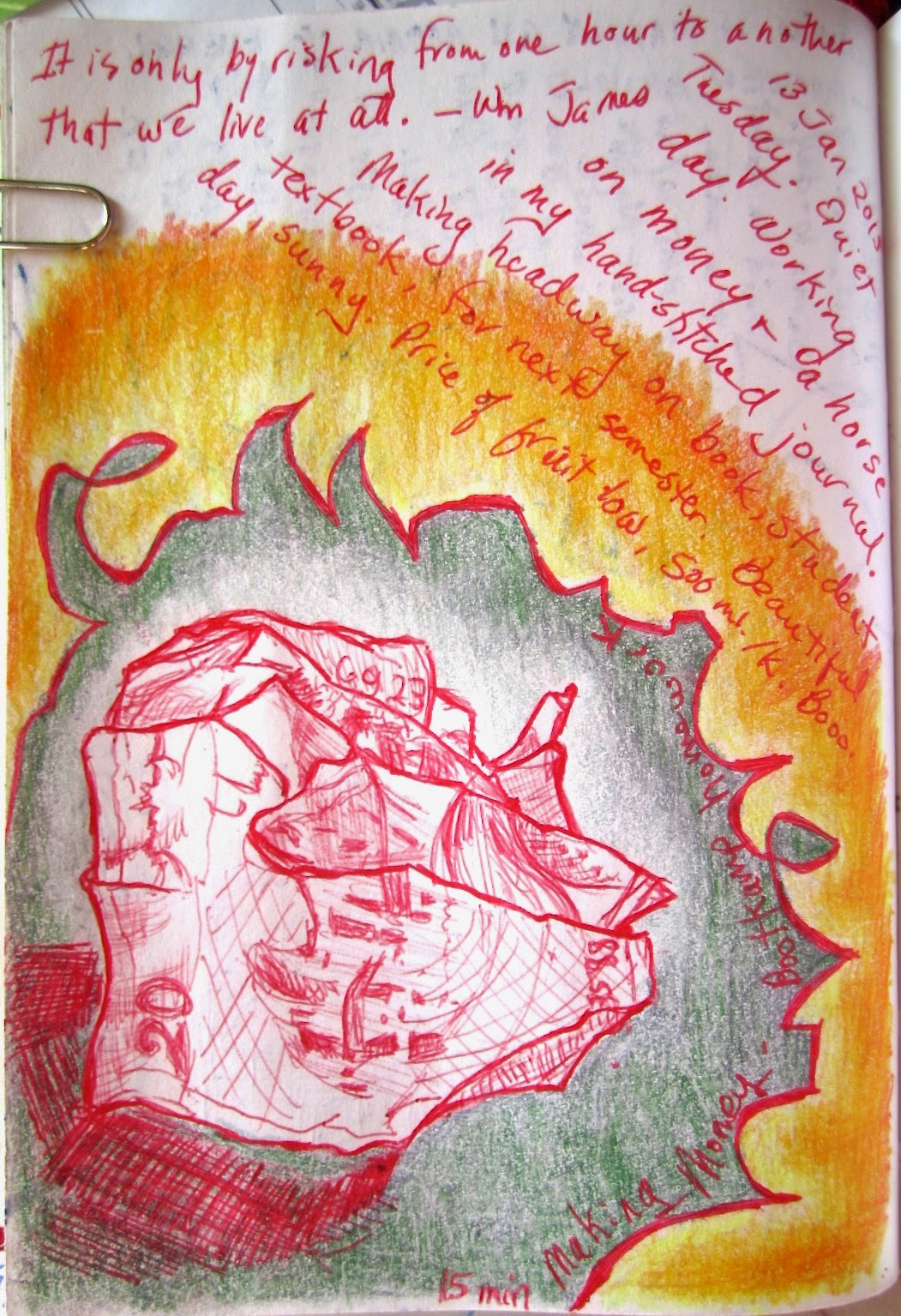 This wad represents well the mess that Tunisia has been going through for the last four years, with severe economic and financial problems developing due to government mismanagement and increasing corruption.

With the new, democratically-elected parliament and president, things may be straightening themselves out slowly. We await the announcement of the new government in the hopes that electoral promises will be respected to some degree.

And so, I flattened out the 20-dinar bill, which shows Kheireddine Et-Tounsi (1822-1889) on a magnificent horse. He was a Prime Minister before the French decided to colonise Tunisia. He later went to Istanbul and became a Prime Minister for the Ottoman Empire. He is indeed a historical symbol that Tunisians may remember with pride. Not some dictator. 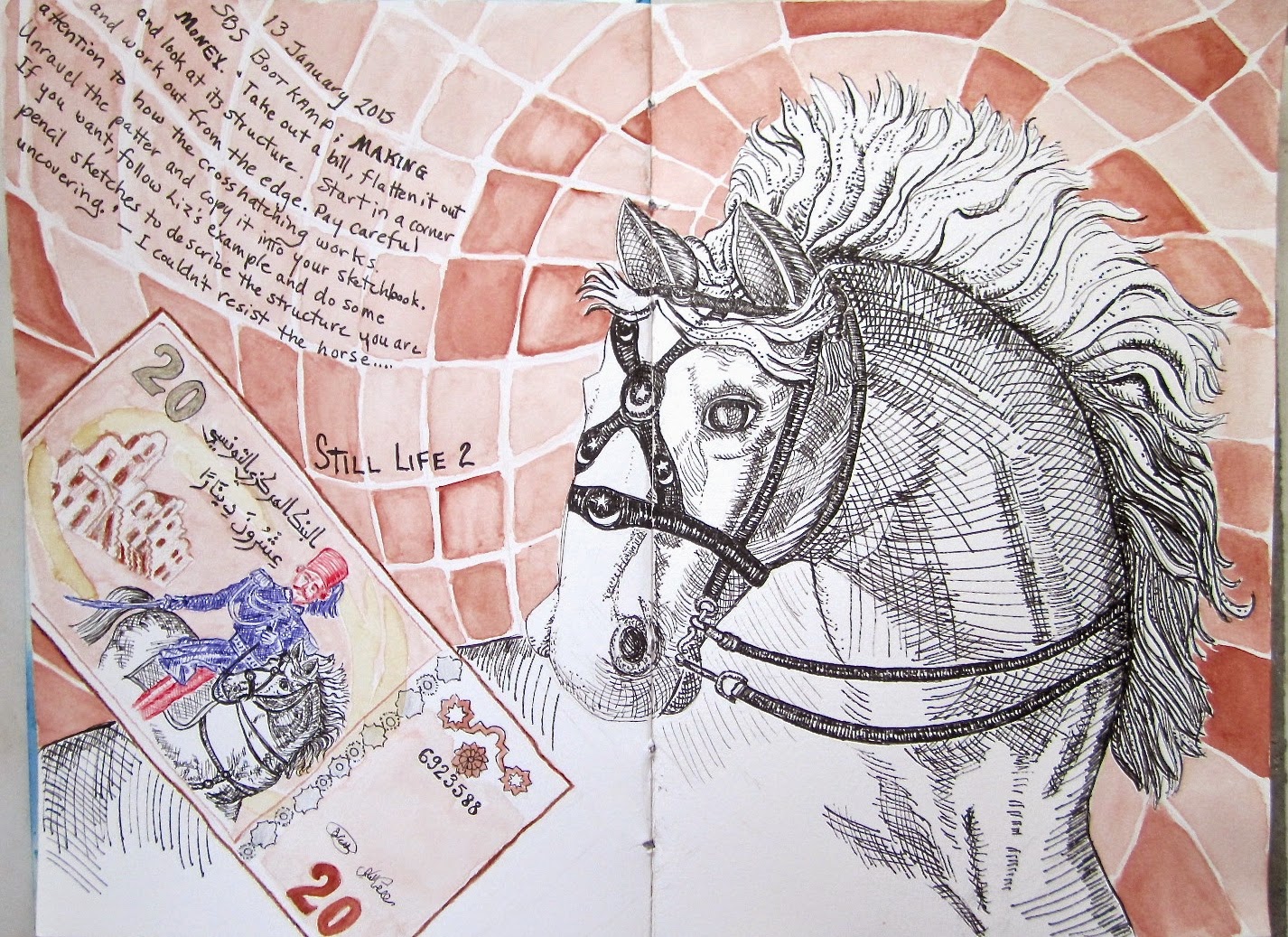 I drew the bill. However, who could resist such a beautiful Arabian horse? I had to have Kheireddine's horse in my sketchbook. The star and crescent on the  horse's harness makes this a patriotic symbol as well. Tunisia had it's own flag long before the French invaded.


Another symbol for pride on a day of which we can be proud.
6 comments:
Labels: sketchbook, Tunisia
Newer Posts Older Posts Home
Subscribe to: Posts (Atom)