Basically, things are holding together. We're trying to get to the end of the semester and the beginning of school vacation and to the last round of the presidential elections, which coincide, interestingly enough. Thankfully, the first truly democratically elected Parliament in Tunisia has begun to function. As soon as a president is elected, a government will be formed by the majority party, "Nida Tunis." There is, of course, some urgency, as it feels like we're adrift on a rudderless boat for the moment.

Consequently, in the spirit of things holding together and holding things together, I stitched up a sketchbook/journal. The idea of a sketchbook as a holding place, a Memory project, pleases me. I could complain about the limited availability of good art supplies, however, I did manage to find rather heavy (224g/m2) Canson paper in packets (24x32cm/9.5"x12.5") at the beginning of the school year. I unabashedly admit that I bought ten packets. And that felt like luxury.


Apart from the paper, I made do with materials I found at home. I made two covers by gluing 3 pieces of recycled lightweight cardboard together for each cover. Then I painted 4 sheets of Canson paper with watercolors, which I glued onto the covers. 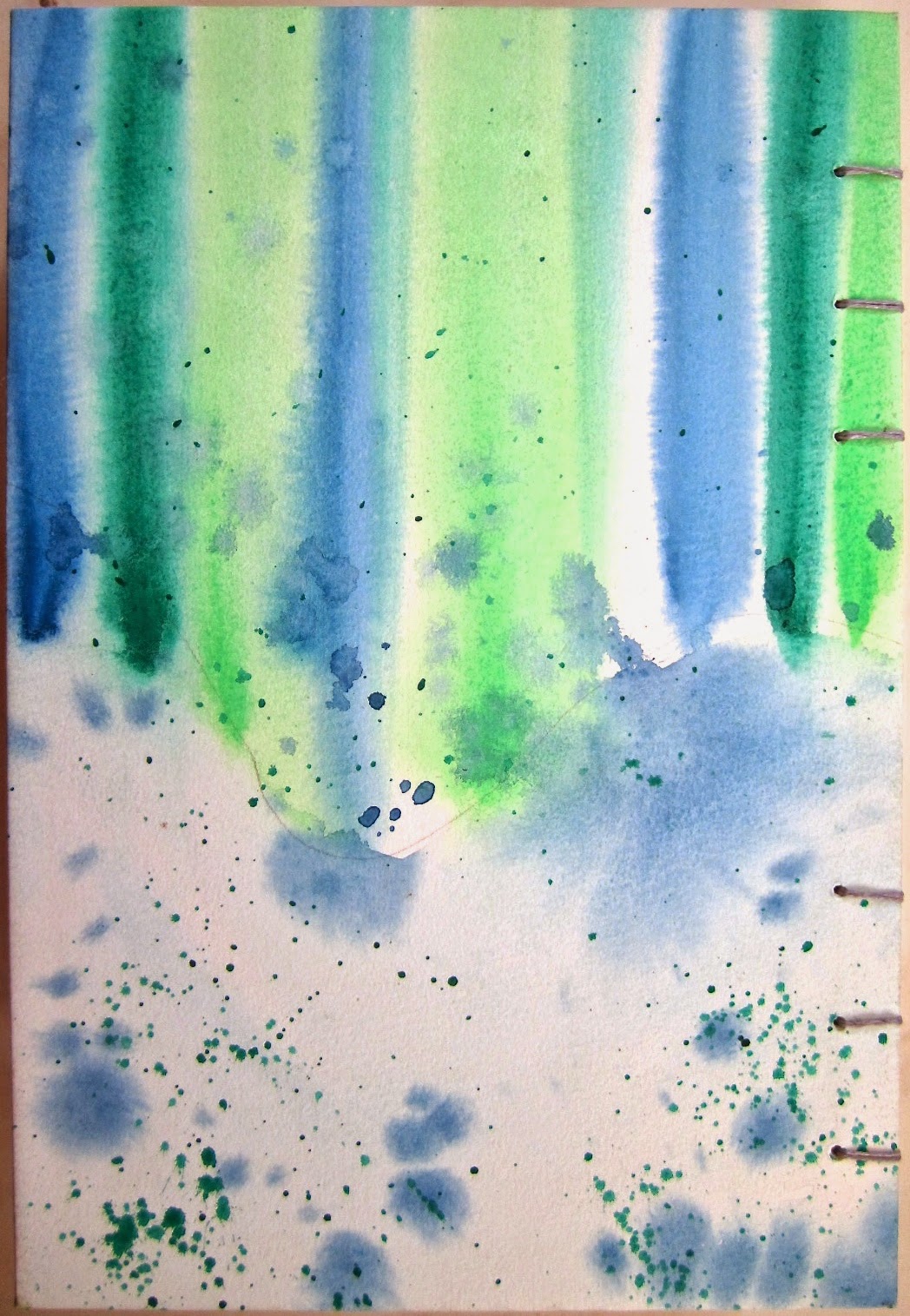 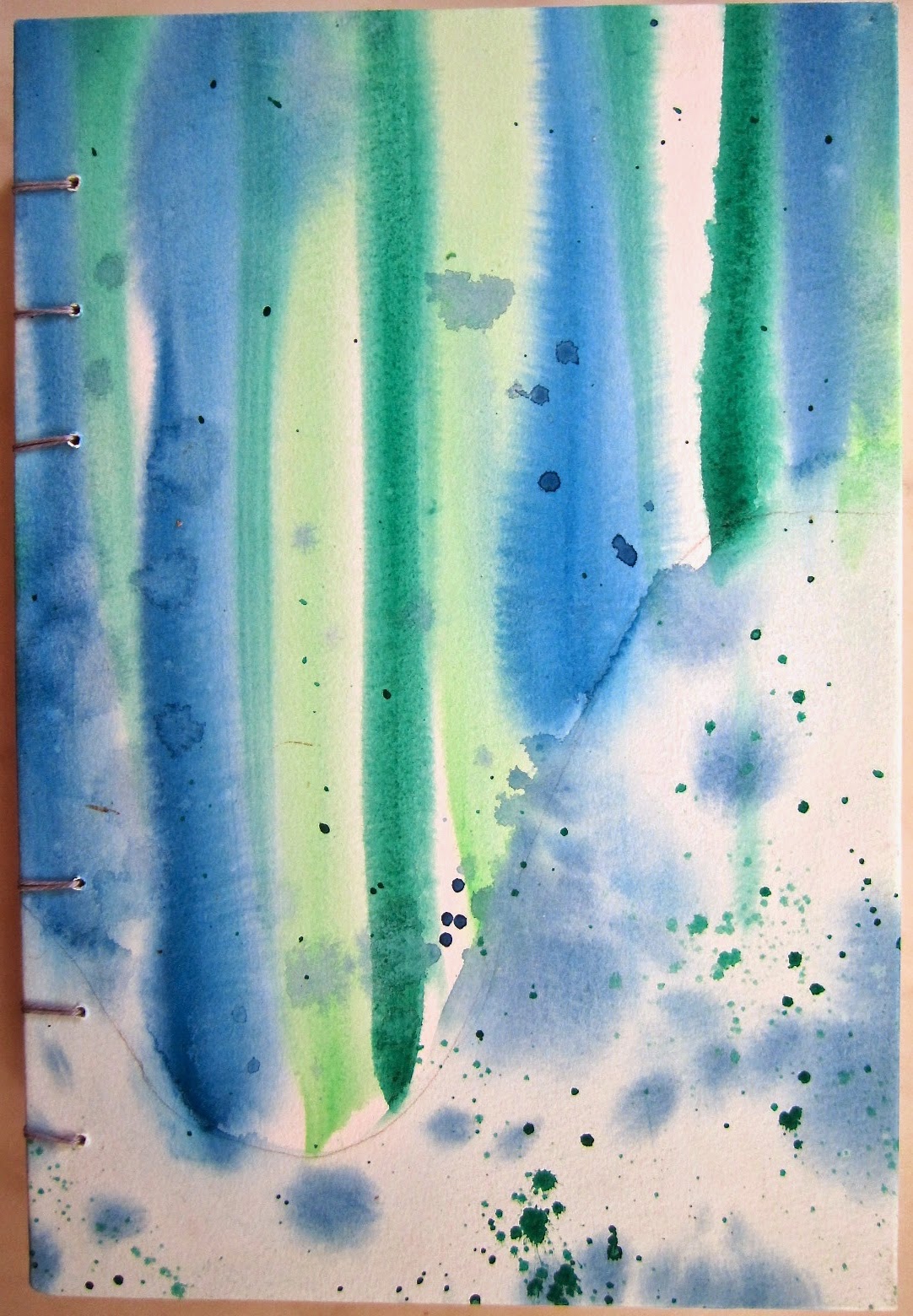 I folded my Canson paper in half to make the pages and stitched it all up.

For sewing, I used a thin cotton string that I waxed by running over a piece of bee's wax. Fortunately, there are some good instructions on Youtube. The inside covers gave me a chance to play with the bits and pieces of leftover painted paper. 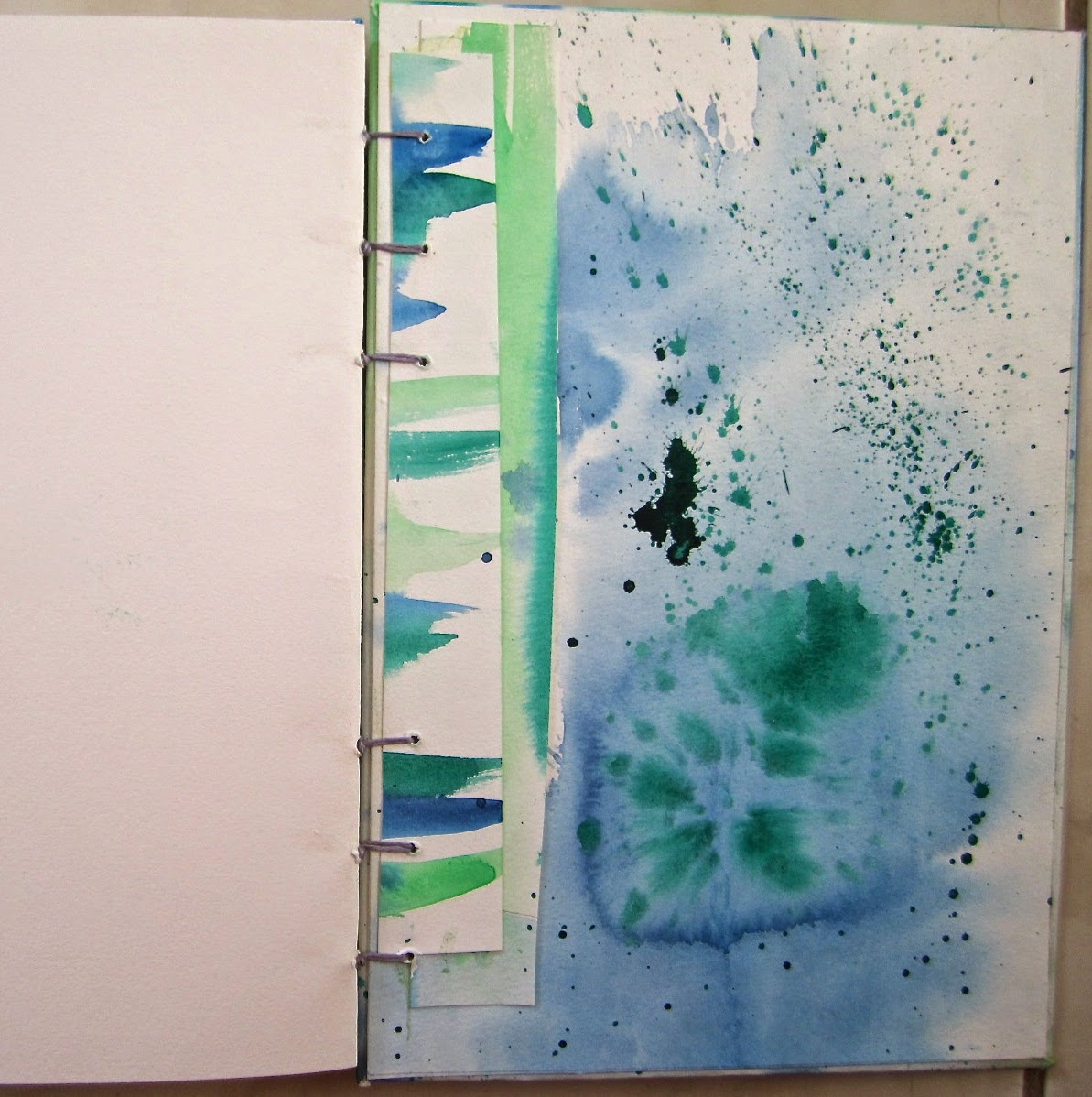 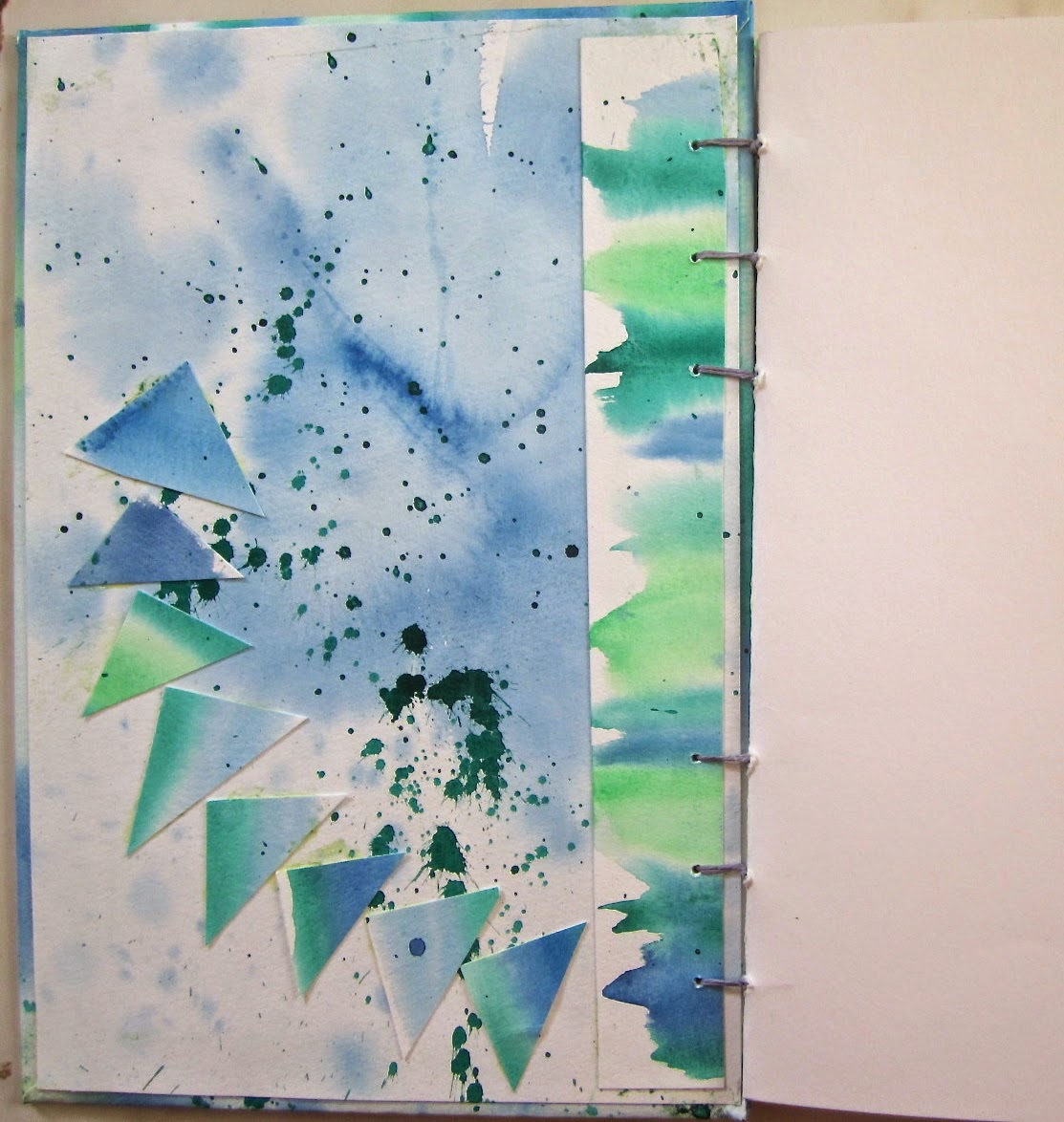 I LUV my new sketchbook/journal.
It satisfies my soul in every way.
Yes, I'd say that we're holding things together with style!


NB: Blogger has insisted upon inserting the annoying word verification despite the fact that my "Show word verification?" setting says "NO". I suppose I'll have to shoot off an email to Blogger. My apologies for the inconvenience of the word verification--the technology is wonderful when it works, but, when there's a glitch, what a pain in the neck....
Labels: sketchbook, Tunisia

Beautiful journal, Nadia! Happy Holidays to you and your family. Hugs.

It is a beautiful journal....so love your cover colors. And I admire your patience to put it all together, so it is really reflective of what is going on around you. You have such wonderful talents.
Btw...blogger has reset your comments so we have to do that awful "prove you are not a robot" thing.

Wonderful journal - love the colour (blue is my favourite colour so of course I would like it!).

I LUV it too! Very classy and I like the combo of green and blue paint across the cover. Enjoy using this very personal journal.

Nadia, you've created the perfect example of what we are all trying so hard to do. Just lovely!

Artfully done and sure to be enjoyed.

A beautiful sketchbook- certainly a joy to use it.

I love your journal and it should give you much satisfaction. It is something I have been wanting to make for some time. Got to love You Tube!

a beautiful new book in the world!

Your sketchbook and binding look terrific. One of my goals in 2015 is to learn the coptic binding stitch.

the journal making...GOODNESS
at its best....i can FEEL
your Pleasure across the miles..
Love to you, Nadia

I love your journal and the way you have stitched the pages together is interesting.