Happily, parliamentary elections in Tunisia (October 26th) went smoothly and the outcome was not disastrous. "Nida Tunis" (the Call for Tunisia), which groups the major center and leftist parties, won 86 seats out of 217, while the religious part won 69. Although "Nida Tunis" does not have a majority, it appears that they will be able to work with other small parties to form a government.

The first round for the presidential elections on November 23rd went relatively smoothly as well. However, the results were rather surprising. While the "Nida Tunis" candidate, Beji Caïd-Sebsi, garnered slightly over 39%, the current president, Moncef Marzouki, managed to get 33% of the votes. As the pre-election polls had shown him at less than 2%, one can only conclude that the religious party threw their weight behind him since they did not have a candidate in the running.

The run-off elections would be December 14th, if nobody contested the results of the first round. However, Marzouki registered 7 complaints at the last minute of the 3-day filing limit in a bid to buy time (sore looser). This now has to go to court. Elections will be no later than December 28th.

In the meantime, the country sinks into limbo as there is no real governmental authority in this transition period. The school where I teach reflects the state of the country--it feels like we're on the edge of chaos. I can't remember having such a difficult teaching job. And yet, students and teachers keep plugging along with a certain amount of courage...

Sometimes I wonder if my work isn't a direct reflection of my distressed environment. I have coveted a jeans bag for a long time and so made one from a tall stack of old jeans that I can't bear to throw out. I love working on the soft blue and white of the old fabric. I stitch from the top and only catch the upper threads, so the denim is not tedious to work. 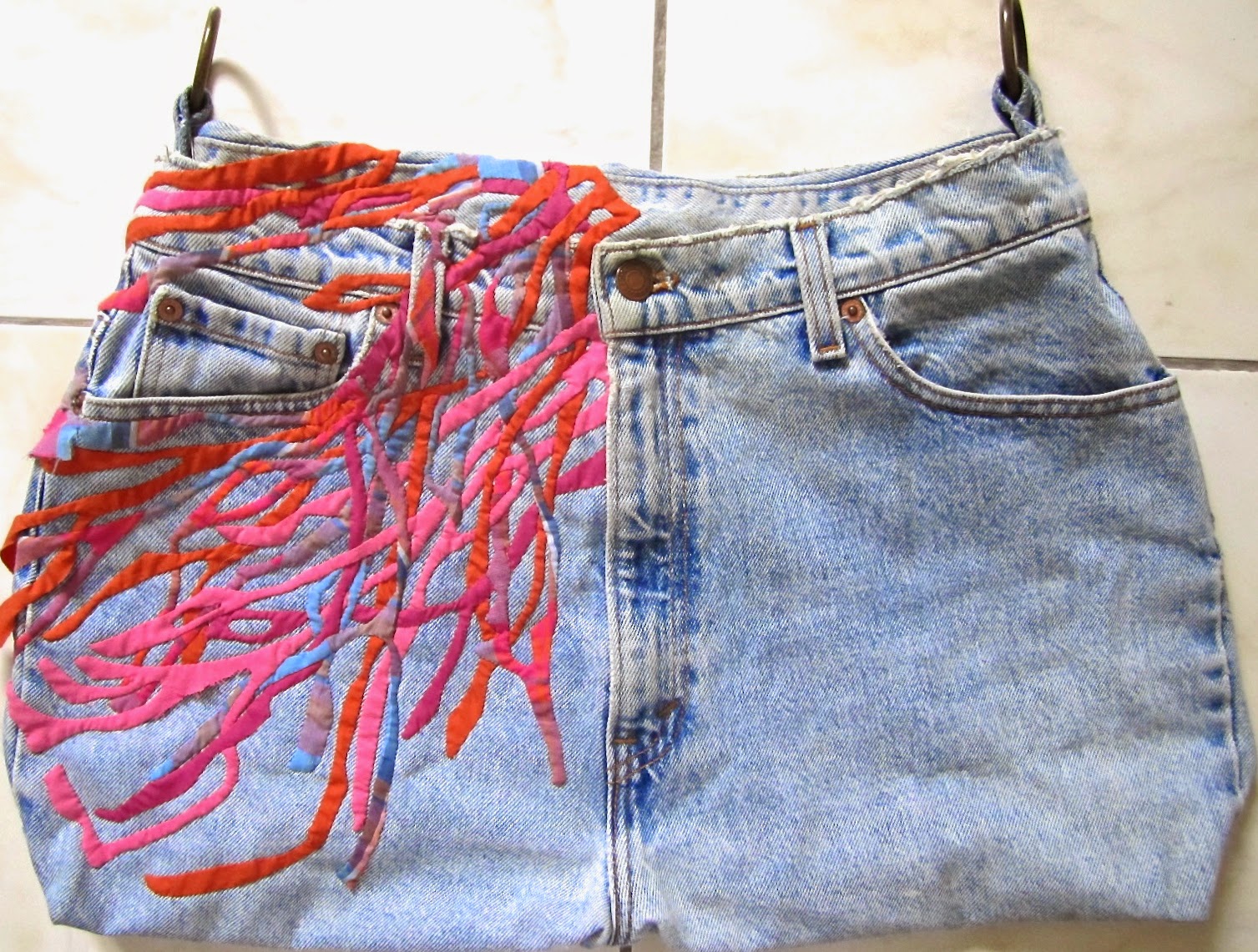 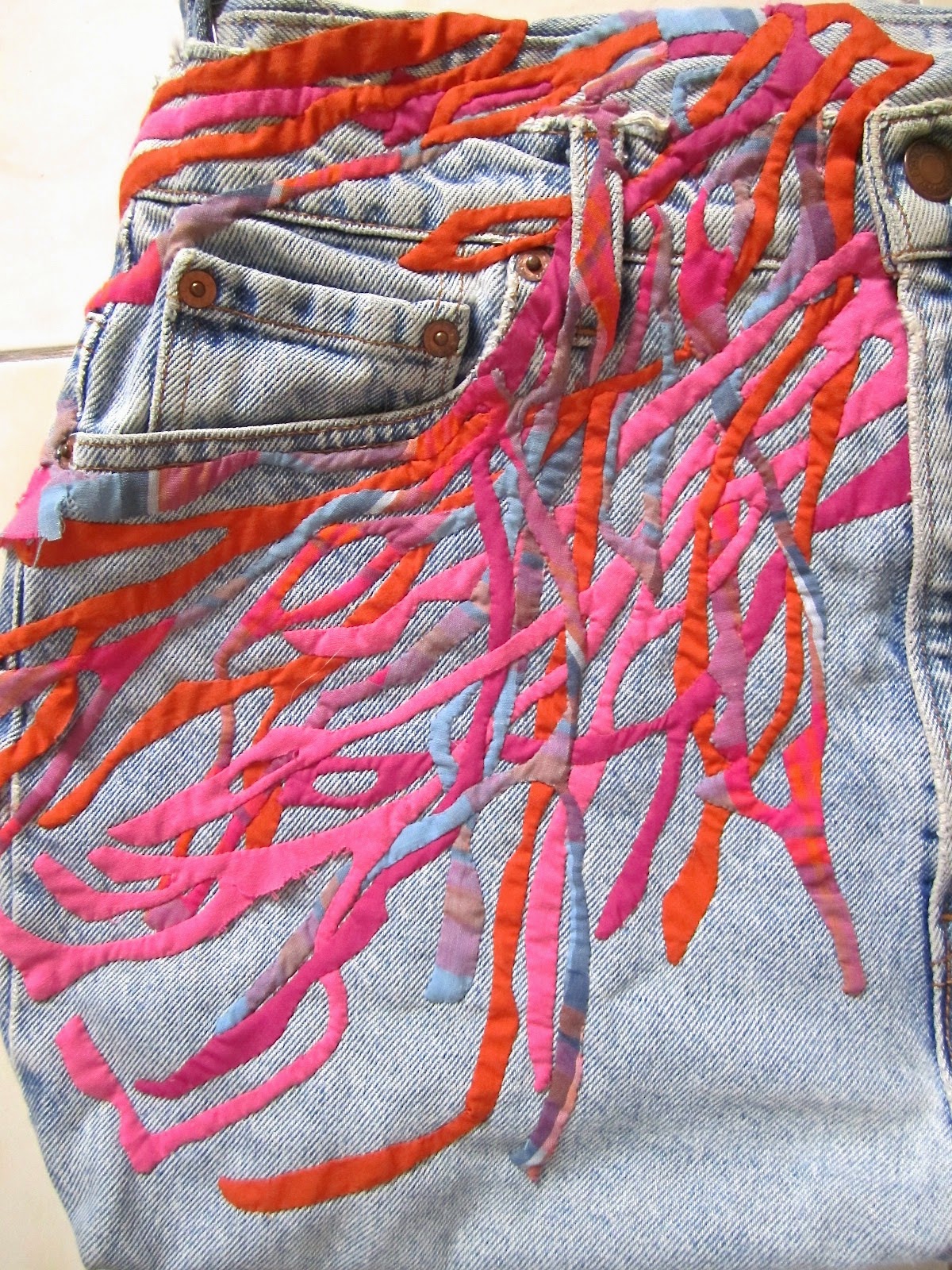 Beautiful. A true work of art.
Interesting to hear about your elections also. I don't see that in the news here in New Hampshire, USA. I wish you the best!
Kathy

It's always fascinating to read about the political process in another country.

That bag is awesome!

your stitching always amazes me. the world is in chaos so i concentrate on my own little world that is calm and peaceful. hoping for a good outcome for us all.

Love those "britches", and the underling meaning here.

Such a cleaver way to make a bag! At least those entanglements have been done on purpose.

your wonderful organic applique gains another layer of meaning by growing in the waist/pockets of a pair of jeans. very cool.

Your bag is lovely and I wonder if people will realise the significance of the design when you carry it. The elections/situation in Tunisia does receive some coverage in the media in France and I've been following with interest and I think of you. I hope the state of limbo doesn't go on for too long.

Wonderful bag! I love working with denim but have reached the point where my hands aren't happy with it so have pretty much given it up.