They’re at it again. This time, the animals in the tranquil Province of MulticoloredPieces want a democracy like the humans. [The first signs of unrest were reported here]. So they decided to have elections and create an Animal Assembly (the AA).

As this is the New Tunisia, anyone could form a party to present a candidate for the Assembly. The animals went about it with enthousiasm and over one hundred parties came into existence. Not only did the horses, mules, donkeys, cows, goats, sheep, dogs, cats, fowl, and birds form their own parties, but parties split into more parties. The Guard Dog Party proposed more security while the Feral Dog Party insisted on freedom of movement.  The Chicken Party argued for Free Range feeding, while the Turkey Party just gobbled. You get the picture. Only the Leftist Party took members from all the species. As might be expected, there occurred a split in the vote. Interestingly, no exclusively feminist parties formed. How unfortunate.
And of course, wrangling and tangling has begun between the parties. 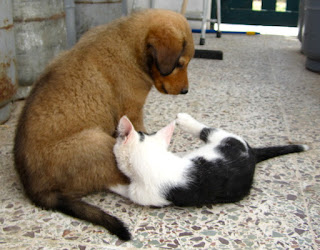 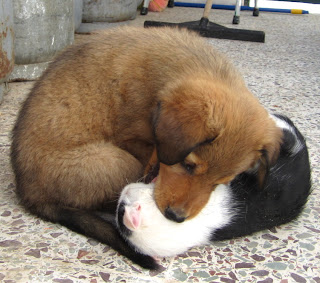 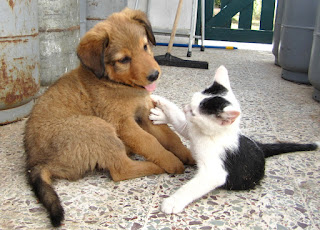 The newly elected AA, then, has been diligently chasing its tail and not getting much done. However, members did all agree on one thing: They gave themselves hefty salaries and benefits that include double and triple portions at every meal, an increase in meals to 10 times a day, paid vacation for twenty days of every month, and medical benefits that include spa memberships. How fortunate for them.


By virtue of experience (work in security, guarding gates, and chasing robbers), diplomas (PhD. in animal psychology), and age (sixty-something in dog years), Dabdoub was appointed President of MulticoloredPieces. 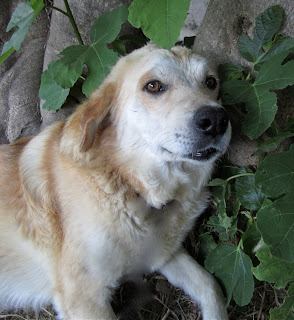 This honorary title entails greeting animal dignitaries who might visit, and sleeping a lot for a monthly salary of 30,000 dog bones [minimum wage is 300 bones per month] with all expenses paid.  Oh, yes, the Assembly voted that the President could declare war as well. In an exclusive interview, he intimated that he wouldn’t be doing much of that. How fortunate for the world.

Flora, Dabdoub’s wife and the new First Lady, stated that she would not allow this change in status to affect the upbringing of her pups. 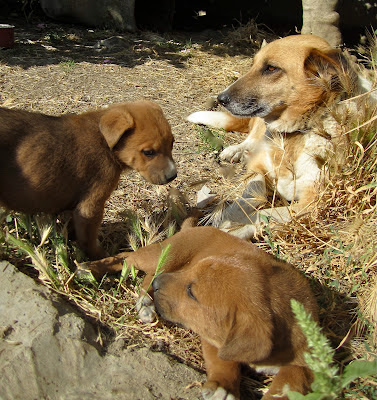 However, she wishes to sell the Presidential Dog House and live in a new one. How unfortunate.

On the national front, the Higher Animal Authority (HAA!) ordered that all the animals in the zoo in Tunis be released from their cages.  This has created some disorder in the the tranquil Province of MulticoloredPieces as stray hyenas, tigers, and bears have been sighted. The disappearance of sheep, goats, and calves from local farms may be attributed to the recently released wild animals. Lions were spotted driving away from a crime scene in a pickup truck crammed with sheep.
Complaints have been made to the Assembly, which contacted human authorities. Regrettably, the humans appear unable to resolve the problem. They have apprehended a few of the wild animals caught red-handed and returned them to the zoo, but much remains to be done and theft continues. How unfortunate.

MAGICAL AND MOVING STORY...QUITE EXCITING TOO, HOW MUCH OF THIS WONDERFUL TALE IS TRUE IN THE TRUEST SENSE, HOW MUCH IS FICTION AND FICTION BASED IN FACT. I DON'T MIND THE THINGAMAJIG AT ALL IF IT SAVES YOU FROM MORNING SPAM, A MOST UNPLEASANT AND INDIGESTIBLE FARE. ALL HAIL THE ANIMAL PARLIAMENT. LONG MAY THEY RULE!

You write such wonderful posts! I very rarely get spam, maybe once every couple of months. I don't allow anonymous comments and I think that stops a lot of spam.

I too enjoyed this post....Long live the President!

Nadia, what can I say.....one of the most enjoyable posts I've read in a while! The Province of MP sounds like it's in good hands, well paws.

I've enjoyed catching up and having a visit with you. How ever do you survive in the heat?

a most interesting but sad post. hoping things will get better.

As beautifully written as Orwell and much more succinct!

"...diligently chasing its tail and not getting much done". Well, that just sounds par for the course. Tisk, tisk, what ever can we do? Thanks for reporting the news. I really enjoyed it!! (I bet as reporter you see some real messes too!)

It seems that governments are the same everywhere...animal kingdoms, Tunisia, Washington and wherever..the list goes on.

This is wonderful, nadia! What a great imagination you have ! Love it!

I'm especially proud to see pictures of our best summer finds in Tunis: Opel (the kitty) who came home in the motor of the Opel car, and survived in it for 2 days before she was found and taken in... and the second best find ever Ms. Carlie, the cutest puppy I have ever seen. These 2 pets are so loved that my children were willing to part with me abroad to fly back to Tunis and take care of Ms. Opel and Ms. Carlie. Little did I know that while I was gone, they became politicians... So did all the maids in Tunisia. They joined the Constituent Assembly, hence we have a deficiency in the workforce.

Congrats to Dabdoub on his new position! A very entertaining story and I hope you do not lose any of your animals.

President Dabdoub, congratulations on your triumphant election. We Animals here on the Beach also have political leanings and a 2-party system: the leftist 'Bread and Circus' party, which is my affiliation, and the right-wing 'Dignity' party, mostly comprised of Herons. There is also a radical anarchist splinter group, the Anti-Human League, lead by Mr. Bertram, my orange cat uncle. We animals in Alaska salute you in Tunisia. Our human, Sus, wishes Nadia a return to tranquility soon. - Flossy, Secretary of State of the Beach

The post is enjoyable and masterfully written, but your irony can not do much to hide the sadness of the story.
Benefits to the newly appointed elected? It happens everywhere. Chaising their tails and not having much done? Nothing new.
It is heart breaking to see the countries that we love go rotten for the greed of few.

Great blog. We tell much the same story when we do our kids reptile displays in the Melbourne area. We put a human perspective on the animals and their stories to give them a better sense of the real worl. Keep up the good work.

If only wives and mothers ruled...we'd get twice as much done in half the time. You have a keen eye and sense of humor in looking at the world. I'd vote for you if I could :o)

Thank you for this insightful (and witty) post. All very interesting, and nothing that we hear about over here!
I really enjoyed your previous post and the photos of your garden and home. So nice to be able to imagine you there. That fig tree looks beautiful .... and your grove of pomegranate trees...wonderful.

Ciao Nadia, I like this story; A Hippy Urrà!!! for dogs, cats and all other animals.My top-banner is a mini quilt whose title is "ME".Thanks for your visits!
Bye Daniela